The Activity Report 2021-2022 (attached below) was adopted unanimously by the quorum.

The Financial Report 2021-2022 (attached below) was adopted unanimously by the quorum.

Minor changes to the bylaws  (attached below) were adopted unanimously by the quorum.

The Elections for the Board positions 2023-2024 were held on the same evening. The candidates were:

The candidates were able to introduce themselves and their motivations.

Polls were organized online, anonymously, from January 25th to February 1st and ended during the General Assembly & Elections evening, at 7.30pm.

All candidates were elected for their desired positions.

There was no miscellaneous raised. 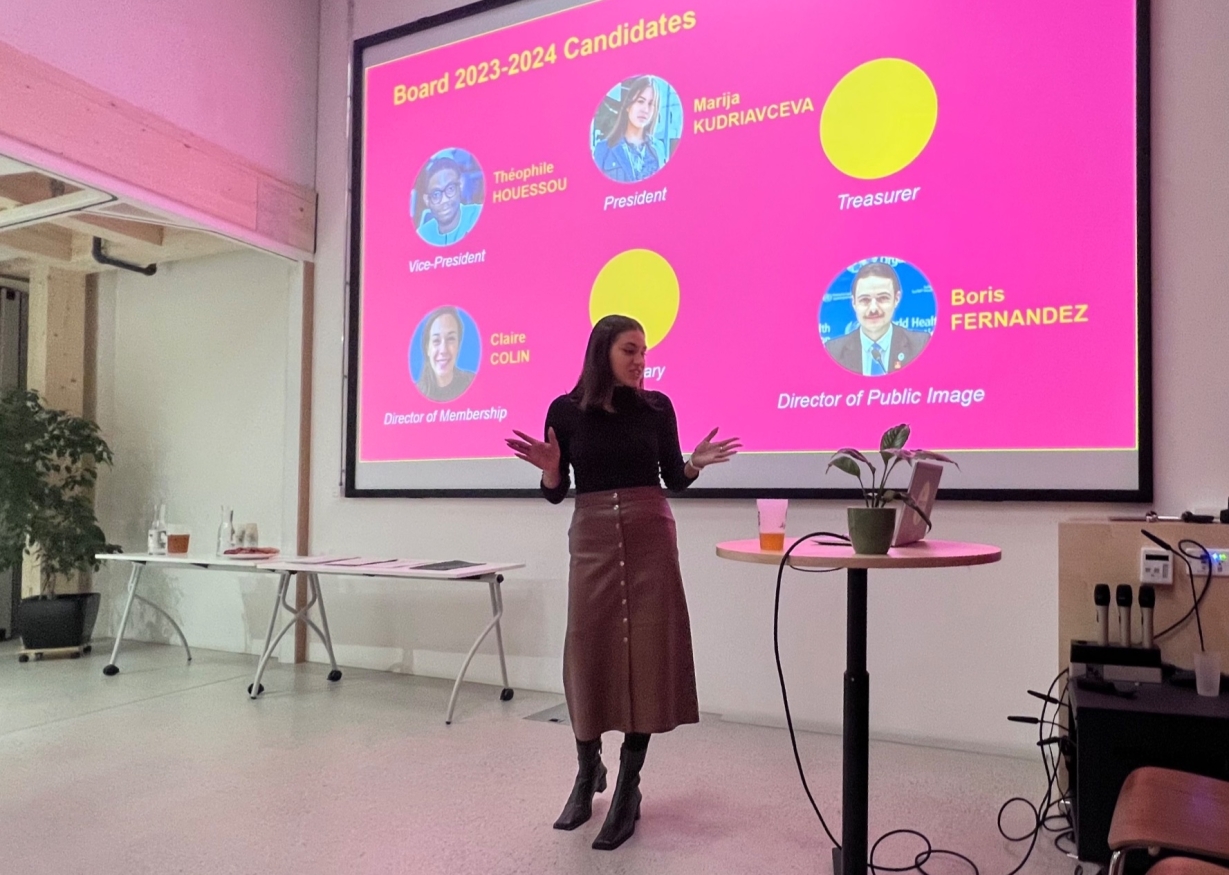 The registration deadline has passed